Rubber Wear products are made with love,
by a team of artists with years of experience.
About Us
;

Rob Burman is a third generation artist that has spent his life in the Entertainment Industry as a make-up effects artist, sculptor and lab technician. He began his long career right out of school working in special effects labs on over 200 films and projects before opening the doors to Sticks and Stones. In his early career he honed his expertise on such films as “Cat People”, “Altered States” and “Star Trek III”. Shops such as Stan Winston’s called upon Rob for projects like “Terminator 2”. He has been department head for “The Thing”, “Ghost Busters” and the Oscar winning, “The Fly”.
Recently, Rob has expanded his repertoire as a fine art sculptor, and now has his own line of sculptures called “Rob Burman’s Signature Series” (A line of life-like caricatures of every day people), and a beautiful series of bronze pieces he calls “The Grotesques”. Rob’s pieces have sold to Galleries and Private Collectors all over the world. Visit his work at www.robburmansculpture.com 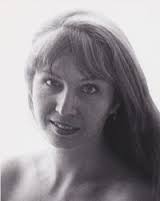 Jennifer McManus brings her creative element to Sticks and Stones with a degree in costume design from the University of Hawaii, Manoa. There she spent her years studying period and ethnic costuming, patterning, millinery, tailoring, dying and painting of textiles. Jennifer has lent her talents to such films as “The Hudsucker Proxy”, “The Flintstones”, “Barb Wire” and “The Big Lebowski”. Her costume design resume includes movies such as “Drive”, “Guyver 2”, “Public Access”, “The Zeros” and “Ten til Noon”. Jennifer is also known for her work for major theme parks, weddings, musical bands, and theater.
Once Sticks and Stones opened its doors, Rob and Jennifer went full steam ahead! Films such as “Power Rangers: The Movie”, “Surviving the Game”, “Flubber” and “Mr. Brooks” and television shows such as “Seinfeld”, “Alias” and “Felicity” all utilized their talents.
Whether motion pictures, television, commercials, theme parks, rock bands, weddings or fine art, Sticks and Stones has what it takes. So, what do you need?
www.sticksandstonesfx.com